We’ve gone a couple of months without any new scratchcards – probably due to the ongoing global pandemic – but June brings us some more scratchcards to look out for!

UPDATE: For the 3rd week in a row, there has been new scratchcard releases! Scroll down to the bottom of the article to see the latest scratchcards!

How to Play £2 Million Purple Scratchcard

To play the £2 million purple scratchcard is relatively simple. There are 4 bonus games plus 4 normal games.

GAME 1: Reveal one or more 🤞🏻 symbol to win the cash prize.

GAME 2: In each row, if your prize weighs more than theirs, you win the corresponding prize.

GAME 4: In a row, match two identical symbols to win the cash prize!

This new 3 scratchcard is another re-release, of the £300,000 Bonus Purple Scratchcard, release back in October 2019.

Like most £3 scratchcards, this game is a bit more involved.

In the main game, reveal all 19 numbers at the top of the scratchcard. Proceed to scratch off the numbers in each of the 6 games below. Reveal all four numbers in a game and win the corresponding prize(s).

In the bonus game, reveal 3 identical symbols in one or more rows and win the corresponding cash prize!

Although there has been a £5 scratchcard with the same name – but different game play – this £2 scratchcard is almost identical to the 2018 version.

How to play Money Spinner Scratchcard

This game is really easy to play.

In each of the 7 games, reveal 3 identical symbols to win the corresponding cash prize.

After that, if you reveal a ‘X2’ symbol in the ‘double spot’, you double the total prize amount!

We’ve seen this scratchcard in various forms before, but the £3 Cash Lines scratchcard with another holiday theme, similar to the old Holiday Cash scratchcard released in May 2019.

How to play Cash Lines Scratchcard

To play the Cash Lines scratchcard, scratch off you 18 symbols in the right hand side column.

For every symbol you reveal, scratch off the same symbol in the two main game play areas.

Once you have scratched off all the symbols, if you have one of more complete rows or columns, you win the corresponding cash prize.

You can win up to 6 times per scratchcard!

There is a common theme with all these scratchcard releases in June, we have seen them all before!

How to play Ruby 7s Doubler

Playing this scratchcard is easy.

In a row, reveal three black 7 symbols to win the cash prize.

If you reveal 3 red 7 symbols, you win double the prize for that row!

Lastly, you have the bonus game. Reveal a 🤞🏻 symbol to win the cash prize!

The last scratchcard in this list is the new Bingo Green scratchcard.

Nothing special about this scratchcard, except the re-introduction of the bonus game feature.

How to play Bingo Green Scratchcard

This game is just like any other Bingo scratchcard, but here’s a quick overview on how to play.

Reveal the 20 numbers at the top of the scratchcard.

Proceed to scratch off any numbers that you reveal in each of the four cards. If you reveal a row, column, diagonal or 4 corners in one or more of the cards, you win the corresponding prize!

The classic £2 scratchcard that is re-released in a new colour every few months is back again.

This time, the colour of choice is gold.

There are 10 scratchcard jackpots of £250,000, with this scratchcard replacing the 25th Edition scratchcard as the game with the best chance of winning £25 on a scratchcard!

There are 3 games, plus a bonus.

The second new scratchcard released on 15th June is the £3 Temple Treasures scratchcard.

This is a new design, one not seen before.

How to Play Temples of Treasure Scratchcard

Playing this game is relatively simple.

Reveal your 22 numbers by scratching the top panel of the scratchcard. 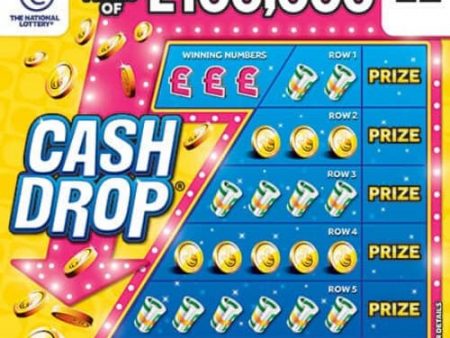